The Norwegian Government is proud to present the candidature of Mr Gaute Sivertsen as Director of the International Oil Pollution Compensation Funds. The election will be held during the 26th regular session of the 1992 Funds Assembly in November 2021.

Norway attaches great importance to the work of the IOPC Funds and has been an active member since its inception. Norway was also one of the founding members of the Supplementary Fund, and was further the first state to ratify the 2010 HNS Convention. Norway has a long and proud maritime history and has been one of the world’s leading shipping nations since the late 19th century. Norway is strongly committed to maritime safety, environmental protection and a well-functioning liability and compensation regime.

Mr Gaute Sivertsen has extensive experience in international law and maritime policy. Mr Sivertsen’s broad-based experience, diplomatic skills, personal integrity and efficient leadership, makes him an outstanding candidate for the position as Director of the International Oil Pollution Compensations Funds. Norway is convinced that Sivertsen’s professional career and personal qualities will make a valuable contribution to the IOPC Funds. 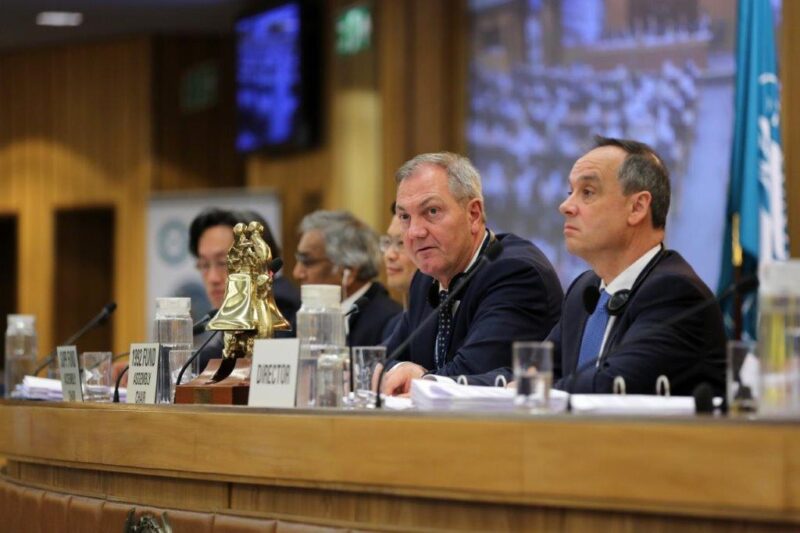 «Serve, Protect and Adapt
- Serve the Member States and the victims of oil pollution, Protect the IOPC Funds' interests and Adapt to changing needs.»

Mr Sivertsen is a Director in the Maritime Department in the Norwegian Ministry of Trade, Industry and Fisheries, and has served as Chair of the 1992 Fund Assembly from October 2011 to March 2021. He has previously served as Chairman of the Executive Committee from 2000-2002. These entrusted positions has given him a solid experience with claims handling and expert knowledge of the 1992 CLC and Fund Conventions. It has also provided a very good insight into all aspects of the operation of the IOPC Funds.

Mr Sivertsen has been Head of Delegation to the IMO Legal Committee since 1998 and has represented Norway at the Council and Assembly for several years. He has also participated actively in the development of a number of legal instruments in the International Maritime Organization, such as the 1992 CLC Convention and the 1992 Fund Convention, the 2001 Bunker Convention, the 2003 Supplementary Fund Protocol and the 2010 HNS Protocol. In addition to his vast international experience, he also has an extensive domestic maritime portfolio. This portfolio covers legal and policy issues, including a wide spectrum of issues relating to maritime compensation, seafarer issues, maritime safety and security. He is responsible for management oversight and governance of the Norwegian Maritime Authority. He is further responsible for coordination of all matters relating to the International Maritime Organization. He has a long experience in briefing and advising ministers and dealing and negotiating with private bodies and foreign governments on all levels. More than 20 years’ experience at management level in the Ministry has also provided him with an excellent background for the management of the Secretariat, including personnel and financial issues.

Mr Sivertsen has represented Norway in bilateral, regional and multilateral settings throughout his career on questions relating to safety, security, environment, UNCLOS and promotion of maritime and shipping issues.

Serve the Member States and victims of oil pollution: